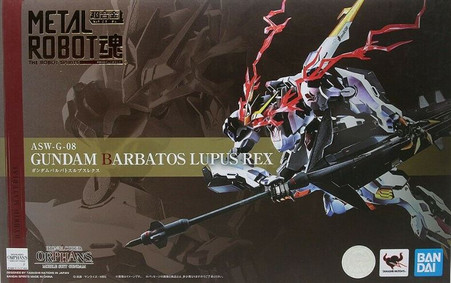 The Gundam Barbatos Lupus Rex gets a Metal Robot Spirits release, featuring the highest ratio of die-cast parts in the history of the figure lineup! It's equipped with its Ultra Large Mace, recreated with overwhelming volume, which can be carried on its back. The sub-arm can be deployed from either arm and the legs include the pile bunkers. It's flexible enough to assume the "seiza"-style sitting pose seen in the series, and the cockpit opens and closes.