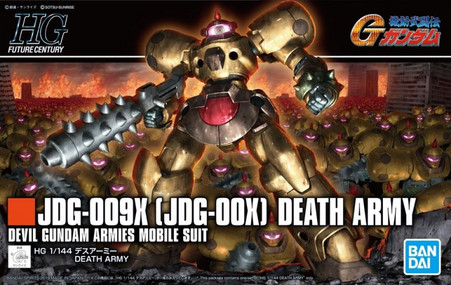 The 25th Anniversary of G Gundam welcomes the 1/144 Death Army kit into the HG series!  Capable of infinite generation, the dark troops of the Devil Gundam appear in kit form for the first time! Includes separate transformed parts to recreate the folded up leg variant found in the Devil Gundam's other army variants.  Includes Club Beam Rifle.