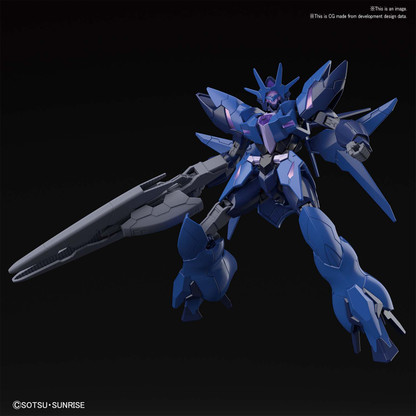 An Enemy Gundam unit from the second season of "Gundam Build Divers Re:Rise"!  It has the same combining gimmick as the Core Gundam and Planets system, allowing cross compatibility with the previous Earthree Gundam and related Core Gundam Armor releases!  Includes beam rifle, open palms, beam blade for each hand and stand for armor.