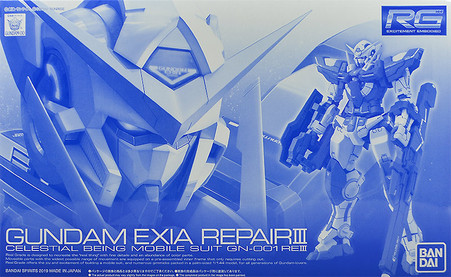 From [MOBILE SUIT GUNDAM 00V BATTLEFIELD RECORD], Gundam Exia Repair III is released in RG series, in the finest details and pursuit for reality like never before seen in 1/144 series !

*BOX MAY BE CREASED AND DENTED**