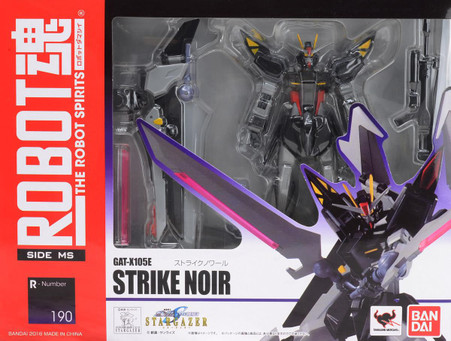 - [Mobile Suit Gundam SEED CE73 -STARGAZER-] from first ROBOT Tamashi-ka! Strike Noir of the new shape appeared.
- Up to the back of the Noir striker, which is a feature of the movable flexible, wing of deployment, equipped with a gimmick of each part armed.
- Noir striker is detachable to the body.
- Separating the part from Noir striker, it can be used as a large Zan 撃武 device.