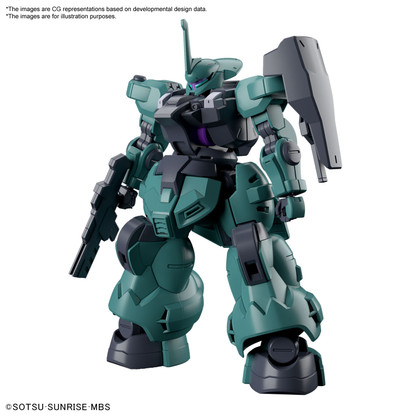 This new HG model kit of the Dilanza from "Mobile Suit Gundam: The Witch of Mercury" can be assembled as a general version, or as the special unit used by Character A with parts selection! Shoulder parts and antenna for the general version are included, as are shoulder parts and antenna for Character A's ride; the huge axe weapon is included too. The range of movement is expanded by opening and closing the rear armor. The torch includes clear effect parts for a realistic look, and both the effect parts and the torch itself are removable. The torch can be stored behind the shoulder shield on both versions, too. Order yours now!